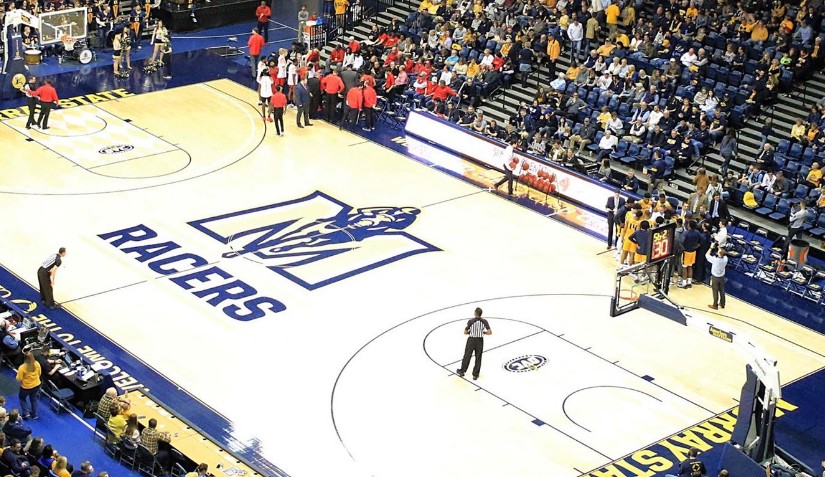 Murray State Basketball is just around the corner as the Racer men's and women's teams go into the 2021-22 season with great anticipation of returning to full capacity at the CFSB Center.

Fans can inquire about basketball season tickets by contacting the CFSB Center ticket office at 270-809-3000. In-person purchases are available Monday through Friday from 8:00 a.m.  to 4:00 p.m.

Because of the pandemic, the 2020-21 season was altered and disrupted in a way never before seen. Racer Nation couldn't attend games in normal fashion and those who did, attended with mandated restricted capacity at the CFSB Center. Murray State Athletics thanks all of the fans and supporters for their continued support. The 2021-22 season will see college basketball return stronger than ever and Racer Nation will be a big part of that.

New for the 2021-22 season, is a premium baseline seat on the west end of the arena floor. Requests are being taken for this limited seat location.

While the 2021-22 MSU men's and women's basketball schedules are being completed this summer, fans can look forward to two entertaining teams to watch under Coach Rechelle Turner and Coach Matt McMahon. There will be exciting non-conference games and Ohio Valley Conference match ups in a new league schedule format. Fans will also enjoy Hall of Fame Weekend, November 12-13, when the 2021 class is inducted.

The MSU women are coming off of a record-breaking season at 16-11, finishing with its highest win-percentage, at .593, since the 2007-08 season. In OVC play, the Racers were 12-8 making it the first season since 2007-08 in which an they have recorded double-digit OVC wins. Macey Turley and Katelyn Young were both named to the All-OVC first team, making Murray State the only school this season with two players in the top five of All-OVC voting. In the OVC tournament, the Racers won their first postseason game under Rechelle Turner by taking down defending champion Southeast Missouri in the first round and winning their first tournament game since 2016.

The MSU men return one of the most successful tandems in program history in Tevin Brown and KJ Williams. Already multiple All-OVC selections, both have already joined the MSU 1000-Point Club. Brown enters the season with 204 made 3-pointers and is taking aim at Isaiah Canaan's (2009-13) school record of 304. Williams enters the season as one of only 13 players at Murray State to score 1,000 points and grab 600 rebounds. The Racers have won three of the last four OVC regular season titles and lead the OVC with 27 all-time championships and 17 NCAA Tournament appearances.